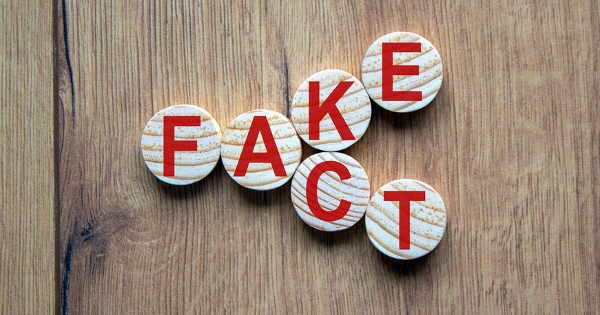 Social media fact-checking organizations are not the independent public health watchdogs they're made out to be. Fact checkers for Facebook are funded by the Bill and Melinda Gates Foundation, which has given more than $250 million in grants to steer media outlets

In what it describes as a commitment to "fighting the spread of misinformation,"[i] Facebook claims to work with "independent, third-party fact-checking organizations" to review content and take action against that deemed to be "viral misinformation" or fake news.

Facebook CEO Mark Zuckerberg has stated that when a post is identified as misinformation, meaning it's given a warning label as such by Facebook, it results in users not clicking through 95% of the time.[ii]

While presented as a tool to protect the public, what it amounts to is blatant censorship, which can easily push certain agendas into public view while silencing others. Facebook, again, claims to be unbiased, but several of its fact-checking partners receive funding from the Bill and Melinda Gates Foundation, raising serious questions about conflicts of interest.

Who's behind Facebook's fact-checking? Africa Check is one fact-checking organization, which launched in 2018 across five sub-Saharan Africa countries. In 2019, they announced they were expanding coverage to prevent fake news from spreading across 10 more languages, including Swahili in Kenya, Wolof in Senegal and Afrikaans in South Africa.[iii]

In August 2019, the Gates Foundation paid $1,478,700 to Africa Check, for the reported purposes of advocacy to increase the accuracy of health claims made by public figures and promote the use of evidence-backed information by the media and others in terms of public health and development issues.[iv] An additional $445,760 grant was also paid to Africa Check by the Gates Foundation in 2017.[v]

Yet, in the Columbia Journalism Review, journalist Tim Schwab said he found 16 examples of Africa Check fact-checking media claims about Gates, and all of them -- save one correction about an incorrect malaria statistic -- were supportive or defensive of Bill and Melinda Gates and/or their foundation.[vi]

The Poynter Institute is another of the Gates' Foundations beneficiaries, receiving a $382,997 grant from Gates in November 2015 "to improve the accuracy in worldwide media of claims related to global health and development."[vii]

The Poynter Institute's International Fact-Checking Network (IFCN) certifies Facebook's fact-checking organizations, which must adhere to their code of principles.[viii] And, adding in one more layer of conflict, Facebook is also a major donor to Poynter and its subsidiary PolitiFact.[ix]

Bill Gates has emerged as a powerful figure in public health, despite holding no medical degree. Aside from being a top funder of the World Health Organization (WHO),[x] the Gates Foundation funds a number of mainstream media outlets, yielding a potentially disturbing level of control over the free press.

According to Schwab, "I recently examined nearly twenty thousand charitable grants the Gates Foundation had made through the end of June and found more than $250 million going toward journalism."[xi] Recipients of Gates Foundation grants include:[xii]

Throwing money at the media means favorable press is a given, and the internet is awash in pieces praising the Gates Foundation's charitable endeavors. Gannett's USA Today is one example that has been quick to defend Gates from criticism, including claims that he would profit from the drug remdesivir.[xiii]

The Poynter Institute's PolitiFact, another one of Facebook's fact-checking partners,[xiv] also pushed back against claims that the Gates foundation would profit from a COVID-19 vaccine, stating, "False claims about the Gates Foundation's connection to the novel coronavirus know no borders" and adding that such "fake news" posts on social media would be "flagged as part of Facebook's efforts to combat false news and misinformation on its News Feed."[xv]

Just how far Gates' puppet strings over the media extend remain unknown, Schwab reported, because the foundation only discloses charitable grants, not contracts, except for one with media outlet Vox.

"In the same way that the news media has given Gates an outsize voice in the pandemic, the foundation has long used its charitable giving to shape the public discourse on everything from global health to education to agriculture -- a level of influence that has landed Bill Gates on Forbes's list of the most powerful people in the world," Schwab wrote.[xvi]

In their lawsuit, they compared Facebook to the printing presses of 17th century England, through which the government controlled free speech. They allege that government actors, namely the U.S. Centers for Disease Control and Prevention and WHO, actively partnered with Facebook to censor CHD's speech critical of government policy.

In regard to Facebook and Zuckerberg, the suit alleges, "At a time when the social media platform and its creator claim to be exponents of free expression and the scientific method for discovering truth, this case reveals the opposite: that they are indeed censors, and opponents of real science and open debate."[xviii]

As the line between what constitutes real and fake news becomes increasingly, and perhaps intentionally, blurred, be sure to look beyond mainstream and social media's seal of approval in your own search for truth.