Why NOT to Give Your Doctor an Anti-Vaccine Liability Form 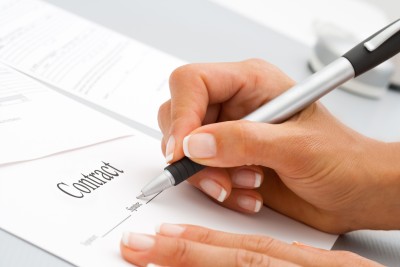 Every so often, information circulates around the alternative vaccine community recommending that parents take a form to their child's pediatrician and ask the doctor to sign it, to prevent their children from being vaccinated and to educate the doctor about vaccines. Typically, these forms list vaccine ingredients and ask the doctor to assume liability for any adverse events that the vaccines the doctor administers may cause.

The theory seems to be that this will enlighten the doctor as to the truth about vaccines and prevent the children from being vaccinated. While the idea of using these forms is very appealing to those of us in the alternative vaccine community, they are also a potential disaster waiting to happen, for the reasons stated below. Therefore, I generally advise against using these forms, unless you are thoroughly aware of the concerns below and see purpose in doing so despite the potential problems it may

1) Whether or not a doctor signs a form, the required vaccines are still required. You still either have to get any required vaccines or exercise an available exemption. Doctors and forms don't change that legal reality.

2) Let's face it: No doctor will ever sign such a form, for the simple reason that they don't have to. Doctors have plenty of liability risks already, they're not about to voluntarily take on more.

3) The biggest risk is to parents who take one of these forms to their child's pediatrician expecting the form to make the doctor to stop pushing vaccines, instead of exercising a legal exemption. Legally, parents must either get their kids vaccinated (with all required vaccines) or exercise an exemption. If they do neither of these, they are not in compliance with the law.

This is a dangerous place for parents to be, since doctors are required to report suspected abuse and neglect; and if a parent is out of compliance with the law, the parent may be neglecting their child and subject to being reported. Worse, some doctors will report parents vindictively, whether legally required to or not, as their way of battling what they perceive as the terribly misguided anti-vaccine movement. Trust me--you do NOT want to be dragged into a CPS investigation over required vaccines.

4) The people who recommend these forms may be taking a risk, too, since they could potentially be accused of being responsible for harm that others using their forms experience. Therefore, I advice careful consideration of the possible consequences before recommending the use of these forms to anyone. But if you feel the need to recommend such forms, you should consult a local attorney about an appropriate disclaimer to put on or include with the form. Such a disclaimer might state that those who use the form do so at their own risk, and that the form and its recommended use are not intended to constitute legal or medical advice or to take the place of those experts' advice.

5) In most instances, trying to educate a doctor about vaccines is futile. They perceive themselves as the expert and will usually dismiss any contrary information coming from a lay person. You're "wrong" before the even look at it simply because they already know what's "right" and they're the doctor. In short, they can't hear you, regardless of what you have to say. Furthermore, they have immense peer pressure to promote vaccines, so even those few who can hear you can't acknowledge the truth without putting their own careers at risk.

So, unless you have good reason to believe that your doctor is the exception, unless she's already indicated a willingness to review alternative information, it may not be worth spending time trying to educate them at all. But if education is your goal, do it with concise, referenced information, and not with a form asking them to accept liability risks. They may be offended, and respond with a counter-attack, a call to CPS.

I'm not saying that there's no possible positive outcome by handing one of these forms to a doctor. At least one anecdotal report suggested that a doctor responded favorably. What I am saying is that it's important to understand your legal rights and responsibilities, so that you can protect yourself and your children, and know what you're getting into before you act.

Kids have reportedly been taken away from their parents over failure to vaccinate, so this is not a trivial matter. If you have a doctor who will listen to you, then by all means, educate them. But be careful. I did that with my Dispelling Vaccination Myths article some years ago. The doctor took an hour to discuss it with me, and complemented me on my research. But he also sent me a bill for $150 for his time afterwards.

As to the larger vaccine controversy, we can't wait for doctors to take the lead. They will ultimately follow us, the market, as more and more of us choose to leave vaccines behind and demand from our legislatures laws allowing us the freedom to choose. We might do better sending such forms to state legislators, asking them to accept liability for the laws they enact that result in vaccine injuries and deaths. They won't sign one, of course, but it may send a message underscoring the seriousness of their position of responsibility to the lives and wellbeing of their constituents. Ultimately, what the laws says matters more than what doctors think.

*This article is for educational purposes only and it not intended to constitute legal or medical advice. Consult the attorney or healthcare professional of your choice for your legal and healthcare needs.

Alan Phillips, JD, a leading Vaccine Rights attorney, advises clients and other attorneys nationally regarding vaccine exemptions and waivers for school, college, work, the military, immigration, vaccine custody disputes, and newborn infants. Alan assists with vaccine legislation nationally, is a host or co-host of 2 weekly vaccine radio shows, and is the author of The Authoritative Guide to Vaccine Legal Exemptions, the only in-depth, authoritative information about your vaccine exemption and waiver rights in the U.S.