Why Today's Cancer Treatments are Not Evidence-Based 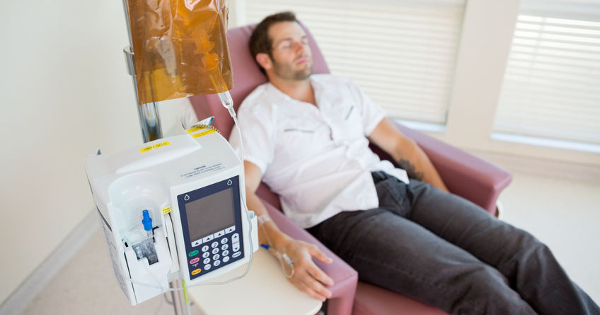 Think the latest chemo drugs help people to live longer or to have better quality of life? Nothing can be further from the truth...

You’d like to think that when your oncologist prescribes cancer drugs for your condition that there is solid clinical evidence showing it will help you either live longer or live more comfortably. But several important recent studies have revealed that this hope is unfounded. The fact is that most new cancer drugs that are approved are approved even though they offer little, if any, real life benefit.

The first study looked at 62 new cancer drugs that were approved between 2003 and 2013 to see if they offered any additional benefit over the older drugs. The findings were disappointing. Less than half of them—only 43% —increased survival time by more than 3 months (and this is in relation to a non true 'placebo,' i.e. another highly toxic drug).  For 15%, the benefit was unknown; for 11%, the benefit was less than 3 months; and for a full 30% there was no increase in survival time over the old drugs at all. What’s worse is that even these improvements were sometimes based on indirect comparisons or unvalidated evidence, leading the researchers to conclude that “there may be reason to doubt that claims of efficacy reflect real-world effectiveness exactly.” Although 42% were associated with improved quality of life, 45% were associated with reduced patient safety (JAMA Oncol 2017;3(3):382-90).

A more recent study that asked the same question was even more discouraging. It concluded that,

“most [cancer] drugs entered the market without evidence of benefit on survival or quality of life.”

This systematic evaluation looked at 48 cancer drugs that were approved for 68 indications between 2009 and 2013. Survival was significantly increased for only 35% of the indications. Overall survival improved by a median of only 2.7 months. If the drugs didn’t help you live longer but improved quality of life for the time you had left, a case could still be made for the drugs. But even this case is denied to conventional oncology. There was only improvement in quality of life for 10% of indications. When the drugs were followed for a median of 5.4 years, there was a significant improvement in either survival or quality of life in only 51% of them. For only 38% of the approved indications was there an increase in survival time. And when there was a benefit to survival time, that benefit was clinically meaningful only 48% of the time. The researchers conclude that there is “no conclusive evidence that these drugs either extended or improved life for most cancer indications. When there were survival gains over existing treatment options or placebo, they were often marginal.”

The researchers of the second study also point out that claims of benefit are often based on indirect or “surrogate” measures of effectiveness (these may be studies that measure things like tumour shrinkage instead of survival time) that do not translate into improved survival time or quality of life. In fact, of the 68 indications discussed in the study, survival time was the primary endpoint studied in only 26% of them. Improvements in surrogate measures were the basis of drugs being approved for the other 69% of indications (BMJ 2017;359:j4530).

A different kind of study (BMJ 2018;360:k668) compared the recommendations made by the National Comprehensive Cancer Network (NCNN) guidelines with FDA approved uses for new anticancer drugs. The NCCN publishes an important set of cancer guidelines that is widely used in clinical practice. The question the researchers asked was, when the NCNN recommends anticancer uses beyond FDA approved uses (“off-label”), is the recommendation supported by evidence. 47 new drugs that were approved between 2011 and 2015 for adult hematologic or solid cancers were included in the study. FDA approved the 47 drugs for 69 indications; NCNN recommended them for 113 cancer indications. But, only 23% of the NCNN’s additional recommendations were based on randomized controlled studies, and just 16% were based on evidence from phase III studies. Over the next 21 months, FDA would feel that approval was deserved for only 14% of NCNN’s additional recommendations. The researchers concluded that the strength of the evidence for the NCNN’s additional recommendations for cancer treatment is weak.

This finding is important because off-label uses of anticancer drugs may account for as much 30-50% of all cancer care (Pharmacotherapy 2006;26:323-32; J Clin Oncol 2013;31:1134-9). Despite this prevalence, the authors say that their “findings raise concern that the NCCN justifies the coverage of costly, toxic cancer drugs based on weak evidence.” Exposing people to chemotherapy treatments that are recommended based on weak evidence is especially concerning because several of these dangerous treatments are contradicted and discredited by subsequent randomized controlled studies.

These important recent studies have been published in leading medical journals. Together, they show that most chemotherapy drugs do not improve quality of life or meaningfully increase survival time. Most chemo drugs are not approved because they have been shown in double-blind studies to improve either of those two measures: the only two measures that matter. They have been approved because they improve some other measure, like tumour shrinkage, that, though it may sound good and give false hope to a desperate patient, has been shown to rarely lead to longer life.