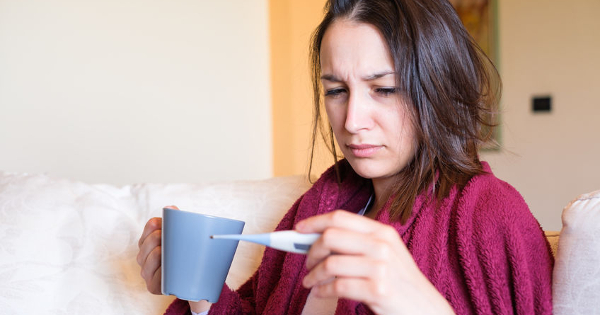 If you've been following the news about the novel coronavirus COVID-19 (sometimes also referred to as SARS-CoV-2, due to its similarities to SARS), you've probably seen articles offering conflicting information about the use of ibuprofen.1

Some say taking ibuprofen may aggravate COVID-19 infection while others say there's no such risk. For example, March 18, 2020, CNN reported2 the health minister of France, Oliver Veran, is warning against using nonsteroidal anti-inflammatories (NSAIDs) such as ibuprofen to treat fever and pain associated with COVID-19 infection, and to use acetaminophen (paracetamol) instead.

According to CNN, Veran's recommendation "was criticized by some health experts, who cited the lack of publicly available evidence." Tarik Jašarević, a spokesperson for the World Health Organization, told CNN3 they are looking into the matter, but that a cursory review of the literature has failed to produce any clinical or population-based data to support Veran's recommendation.

Similarly, the U.S. National Institute of Allergy and Infectious Diseases told NBC News4 that "more research is needed to evaluate reports that ibuprofen may affect the course of COVID-19," and that there's "no evidence that ibuprofen increases the risk of serious complications or of acquiring the virus that causes COVID-19."

The European Medicines Agency has issued a nearly identical statement.5 However, the agency also points out that it began its review of in 2019 after the French National Agency for Medicines and Health Products Safety reported6 that these medicines appear to worsen chickenpox (varicella) infection and some bacterial infections.

The French health ministry is sticking to its recommendation to avoid ibuprofen, however, saying "grave adverse effects" have been identified in patients with confirmed or suspected COVID-19 infection treated with NSAIDs.7

In its latest COVID-19 treatment guidelines,8 dated March 14, 2020, the ministry stressed that "the treatment of a fever or of pain linked to COVID-19 or to any other respiratory viral disease should be paracetamol," not to exceed 60 milligrams (mg) per kilo per day, or 3 grams per day.

While some mainstream news outlets are dismissing the recommendation to avoid ibuprofen as an unsubstantiated "internet rumor" that has no scientific basis, it seems foolhardy to dismiss it out of hand.

First of all, if French health authorities say giving NSAIDs to infected patients is having adverse effects, perhaps we would be wise to listen? After all, clinical research takes time, so paying attention to anecdotal findings from the field may be worthwhile, at least until the research catches up.

Like me, the British National Health Service appears willing to err on the side of caution. In a March 18, 2020, tweet, the NHS stated:9 "There is no strong evidence that ibuprofen can make coronavirus worse. But until we have more info, take paracetamol to treat the symptoms of coronavirus, unless your doctor has told you paracetamol is not suitable for you."

In the MedCram video above, Dr. Roger Seheult, reviews some of the benefits and drawbacks of NSAIDs. For example, while they've been shown to inhibit viral replication, which is good, they also halt antibody production, which is bad when you're fighting a highly virulent virus. He also discusses compelling data suggesting the advertising for and widespread use of high doses of aspirin during the 1918 influenza pandemic coincided with the spike in deaths in October 1918.

Another source that has added fuel to the debate is the letter10 "Are Patients With Hypertension and Diabetes Mellitus at Increased Risk for COVID-19 Infection?" published in The Lancet Respiratory Diseases March 11, 2020.

The letter points out that the most prevalent comorbidities among patients with severe COVID-19 infection, and patients who have died from the infection, are high blood pressure, Type 2 diabetes, coronary heart disease and cerebrovascular disease.

A commonality among all of these conditions is that they're all frequently treated with angiotensin-converting enzyme (ACE) inhibitors -- drugs that relax and dilate your blood vessels. Unfortunately, none of the three studies that have looked at comorbidities in COVID-19 cases has included data on the drug treatments patients were on for those comorbidities.

Speaking of comorbidities, a March 17, 2020, report11,12 by the Italian Instituto Superiore Di Sanita points out that more than 99% of those who have died from COVID-19 in Italy had previous medical conditions. This should not necessarily surprise us, considering a majority of deaths occurred in people over the age of 80.

The average infection age in Italy is 63. About half of those who died had three or more previous medical conditions, while the other half had either one or two. Of the 2,003 deaths reported, only three had no previous medical history.

Fever Is an Important Part of Your Immune Defense

Now, there's also an entirely different reason for avoiding NSAIDs -- as well as other antipyretics (fever reducers) -- when you have a fever, and that has to do with the fact that fever is part of your body's immune response; it's how your body kills pathogens.

This is one of the reasons why I strongly encourage the use of sauna, as regularly increasing your core body temperature will help prevent infections.

The rise in core body temperature allows your white blood cells to more efficiently identify and kill virus-infected cells. Taking an over-the-counter fever reducer will interfere with this crucial process, and could potentially allow the infection to run on longer, causing more damage in the process.

A number of studies have looked at this issue, coming to the conclusion that treating fever can prolong and exacerbate illness. A better alternative -- provided your temperature does not get dangerously high -- is to get plenty of bedrest, drink lots of fluids and simply "sweat it out." As noted in the American Academy of Pediatrics' policy paper "Fever and Antipyretic Use in Children":17

"Many parents administer antipyretics even when there is minimal or no fever, because they are concerned that the child must maintain a ‘normal' temperature. Fever, however, is not the primary illness but is a physiologic mechanism that has beneficial effects in fighting infection.

There is no evidence that fever itself worsens the course of an illness or that it causes long-term neurologic complications. Thus, the primary goal of treating the febrile child should be to improve the child's overall comfort rather than focus on the normalization of body temperature."

One randomized, controlled trial18 published in 2005 found critically ill patients given acetaminophen and cooling blankets when their fever went above 38.5 degrees C (101.3 degrees F) suffered far more infections and had a higher mortality rate than those who received no treatment until or unless their fever reached 40 degrees C (104 degrees F). As reported by the authors:

There were seven deaths in the aggressive group and only one death in the permissive group. The study was stopped after the first interim analysis due to the mortality difference, related to the issues of waiver of consent and the mandate for minimal risk. Conclusions: Aggressively treating fever in critically ill patients may lead to a higher mortality rate."

Here's another quote from a 2002 paper, "Fever: Beneficial and Detrimental Effects of Antipyretics," published in Current Opinion in Infectious Diseases:19

"Considerable data suggest that fever has a beneficial effect on the outcome of many, although not all, infections.

For example, a survey of patients with community-acquired pneumonia showed that those with temperatures above 37.8 degrees C and a leukocyte count above 10 000 cells/mm had a 4% mortality rate, which compares with a mortality rate of 29% for patients with neither fever nor leukocytosis.

Improved survival has also been shown in febrile patients with Escherichia coli bacteremia and Pseudomonas aeruginosa sepsis relative to afebrile patients … Numerous animal studies have shown an inverse correlation between mortality and temperature during serious infection.

In one such experiment, the survival rate increased from 0% to 50% in mice with Klebsiella pneumoniae peritonitis when their temperatures were raised artificially from normal to febrile levels."

Heat shock proteins are increased with sauna use. The study "Fever: Beneficial and Detrimental Effects of Antipyretics" also addresses the use of antipyretics in sepsis, saying:20

"Many people believe that fever potentiates tissue injury during sepsis and should, therefore, be suppressed. In fact, encouraging results obtained in animal models have raised hopes that antipyretic therapy can be used to improve outcomes in patients with sepsis.

However, to date, only one randomized clinical trial has studied this question in humans. It found that ibuprofen did not improve survival in patients with sepsis, even though the drug did have a salutary effect on core temperature and metabolic rate.

Recent data demonstrating fever-induced expression of several heat-shock proteins protective against oxidative injury raise the concern that, by suppressing the expression of such proteins, antipyretic therapy might actually potentiate the adverse effects of sepsis in some situations."

That last sentence is applicable to the current discussion about ibuprofen in COVID-19 treatment as well. As detailed in "High Heat May Kill the Coronavirus," when your core body temperature is raised -- be it due to a fever or from sitting in a sauna -- heat shock proteins are activated, which actually suppresses viral replication.21,22

As noted in the "Fever: Beneficial and Detrimental Effects of Antipyretics" quote above, heat-shock proteins also protect against the oxidative injury that occurs in sepsis.

Considering COVID-19 is a viral infection that in severe cases can trigger a cytokine storm -- the same thing that happens in sepsis -- it seems reasonable to be at least a little bit cautious about using ibuprofen to lower a COVID-19-related fever.