Why You Should Add Swiss Chard to Your Garden 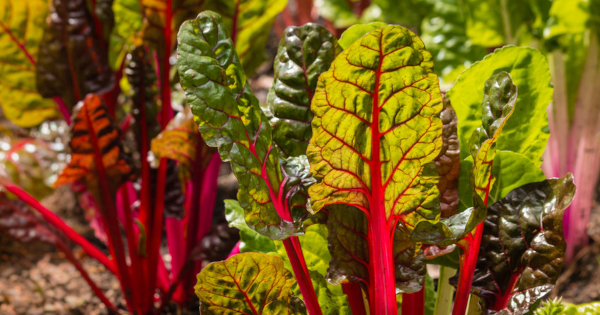 Providing an abundance of fiber, essential minerals and nutrients, Swiss chard has noteworthy benefits that rival those of its more popular peers in the world of leafy greens

Swiss chard may not be the most popular leafy green out there, but it is just as nutritionally promising if you're looking for a healthy staple in your diet. It belongs to the Chenopodiodeae family, like well-loved spinach.

Its name might make you think it hailed from Switzerland, but Swiss chard is actually a native plant in the Mediterranean region used as "both food and fodder since ancient times."[i] Here are some compelling reasons to add Swiss chard to your life or garden today.

Just 1 cup, or 175 grams (g), of cooked Swiss chard offers a healthy amount of fiber along with the following, based on reference daily intake (RDI):[ii]

As you can see, Swiss chard can more than take care of your vitamin A and K1 needs. It is also fiber-rich and filling, making for a friendly food item when you're managing your weight. Fiber plays a number of critical roles in the body including optimizing gut bacteria, promoting good bowel health and helping optimize cholesterol levels.[iii]

In a systematic review, researchers looked at the nutritional profile and bioactive composition of the plant, finding that Swiss chard leaves, as opposed to the stems, have the highest concentration of fiber, sodium, magnesium, flavonoids as well as vitamin C; the stems are a rich source of potassium.[iv] They wrote:

"Swiss chard should be considered a source of nutrients and phytochemicals, and further research is needed on identifying and quantifying other bioactive compounds and understanding their impact on health."

Swiss chard can help regulate blood sugar levels in the body. In a BMJ Open study, higher green leafy vegetable or fruit intake was associated with a significantly reduced risk of Type 2 diabetes.[v]

In a Turkish animal study, chard extract was administered to the diabetic subjects in doses of 2 g/kg every day for 28 days.[vi] The diabetic group given chard saw their blood glucose  and uric acid levels drop, and the researchers concluded that the plant extract had a protective effect on the liver of diabetics.

Calcium, magnesium and potassium are minerals believed to help reduce blood pressure by pushing sodium out of the body along with helping the arteries dilate. Swiss chard contains these three minerals.

In a 2013 study, Swiss chard and other foods that are high in nitrates were found to offer vascular health benefits, such as reducing blood pressure and enhancing endothelial dysfunction.[vii] Based on preclinical studies on nitrates, there could be protective effects leading to reduced arterial stiffness, inflammation and intimal thickness.

A fiber-rich vegetable like Swiss chard can help keep you feeling full longer, slashing the likelihood of unhealthy snacking.

Those who consume vegetables the most, as seen in a study on 563,277 subjects, are less likely to be overweight or obese.[ix]

Not unlike its fellow leafy greens, Swiss chard has anticancer properties, in part because of its massive antioxidant content.[x] Its antioxidants, like xylosylvitexin, can be effective chemopreventive compounds, tied to a wide range of cancers including colon cancer.[xi] The compounds in Swiss chard may help promote activity against breast cancer cells, while increased consumption of green leafy vegetables in general may work against bladder cancer.[xii],[xiii]

How to Grow and Use Swiss Chard

Swiss chard can be eaten raw or cooked, although its taste becomes less bitter once it's sauteed or cooked another way. You may add the greens to your salad, soups or stews, or use it as a side dish on its own.

If you're keen on growing your own vegetables, know that Swiss chard prefers an area with full sun to partial shade. The soil, too, should be loose enough for draining properly. Follow these steps from Gardening Know How:[xiv]

Read more than 120 scientific abstracts on green leafy vegetables on the GreenMedInfo.com database to discover more of the outstanding health offerings of Swiss chard and other leafy greens. 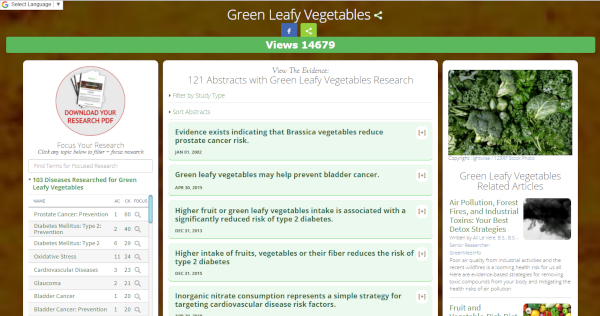