Why You Should Incorporate Fenugreek in Your Diet 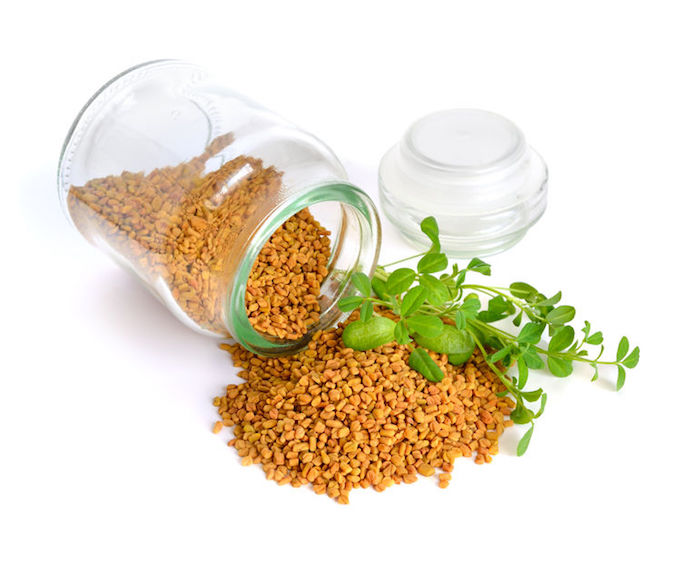 Fenugreek is one of the oldest recorded medicinal plants. The recorded use of fenugreek goes back to Egypt in 1500 BCE. It was also used in Greek, Arabian, Indian and Chinese medicine

Fenugreek is very versatile but has been mainly used traditionally for mucous and lung congestion because of its excellent expectorant properties. It has been used for ulcers, digestive inflammation, gout and loss of appetite. It is one of the best herbs for encouraging breast milk.

Fenugreek has even been used as an aphrodisiac. In our book, Sex & Fertility: Natural Solutions, we say:

Fenugreek is considered to be an aphrodisiac and rejuvenator. Traditional Chinese herbalists used fenugreek for conditions of the male reproductive tract, and a famous nineteenth century female reproductive tonic . . . contained fenugreek seeds. Fenugreek has mild estrogenic effects. Once fed to harem women to enlarge their breasts, James Duke says that fenugreek . . . really may do this. You can take it as a tea, he says, or massage fenugreek powder onto the breasts.

Today, burgeoning research is validating traditional claims and establishing new ones. As the traditional uses suggest, fenugreek benefits the female reproductive system in a number of ways.

Fenugreek was also superior to placebo for psychological symptoms. Mood swings improved by a significant 68.2%. Depression, anxiety and loss of sexual desire all improved significantly more on fenugreek. Compared to placebo, there was also a significant improvement in quality of life in the fenugreek group. The women who took fenugreek experienced improvements in physical and mental fatigue, concentration and interest in daily work as well as overall health, mental health and well-being.

The fenugreek also reduced total cholesterol, the dangerous LDL cholesterol and triglycerides without lowering the heart healthy HDL cholesterol in women who had elevated cholesterol. As we will see soon, this additional benefit does not come as a surprise.

In the fenugreek group, estradiol increased by 120% versus less than 5% in the placebo group. The researchers say that the increase in estrogen and the improvement in menopause symptoms “point towards the establishment of a healthy hormonal balance.” There was no toxicity and no adverse events in the fenugreek group (Phytother Res 2016;doi:10.1002/ptr.5680).

Another hormonal problem fenugreek helps is PCOS. Women with PCOS suffer from 2 of elevated male hormones, infrequent or lack of periods and enlarged ovaries with lots of small cysts. 50 women with PCOS took 500mg of fenugreek seed extract twice a day for 3 months. The fenugreek seed extract significantly increased both luteinizing hormone and follicle stimulating hormone. At the end of the study, fenugreek had brought about a nonsignificant reduction in volume in the left ovary and a significant reduction in the right ovary. By the end of the study, 71% of women had regular menstrual cycles. 12% became pregnant during the study: an important improvement, since PCOS is the most common cause of ovulatory infertility. Fenugreek reduced cyst size in 46% of the women. 36% completely shrunk their cysts. Overall, 94% of women experienced improvement either from shrinking or eliminating their cysts, returning to regular menstrual cycle or becoming pregnant (Int J Med Sci 2015;12:825-31).

Fenugreek also helps men. It helps them stay young and sexually healthy. A double-blind study gave 600mg a day of standardized fenugreek seed extract to 120 healthy men. Compared to placebo, aftr 12 weeks, there was significant improvement on the Aging Male Symptom questionnaire, a measure of male hormone deficiency. Testosterone increased on the fenugreek compared to the placebo. Fenugreek improved sexual function, including the number of morning erections and the frequency of sexual activity. The researchers concluded that fenugreek is a safe and effective treatment for reducing testosterone deficiency and improving sexual function (Aging Male 2016;20:1-9).

successfully managed by the drug sulfonylureas added fenugreek saponins or placebo, there was a significant drop in blood sugar and symptom scores on fenugreek versus placebo (Chin J Integr Med 2008;14:56-60). Adding fenugreek to bread reduced rises in blood sugar in a study of healthy people (Eur J Nutr 2016;55:2275-80).

In the most exciting diabetes study yet, 140 prediabetics took 5 grams of fenugreek powder twice a day for 3 years or served as a control group. The control group had a significant 4.2 times higher chance of progressing to diabetes than the fenugreek group. The people who took fenugreek also had significantly greater reductions in fasting glucose and after eating glucose as well as in LDL cholesterol. They also had significantly greater increases in serum insulin (J Diabetes Metab Disord 2015;14:74).

42 people with Parkinson’s Disease who were on L-dopa and carbodopa added either placebo or 300mg fenugreek seed extract twice a day for 6 months in a double-blind study. Though there was no statistically significant difference, there was a clinically significant difference in the Unified Parkinson’s Disease Rating Scale and in motor score. In terms of disease progression, 21.7% of people on fenugreek went from a higher stage to a lower stage compared to only 5.3% on the placebo. The researchers concluded that adding fenugreek to L-dopa slows the progression of Parkinson’s (Phytother Res 2014;28:172-8).

For additional research on the health benefits of fenugreek, visit the GreenMedInfo database on the subject. 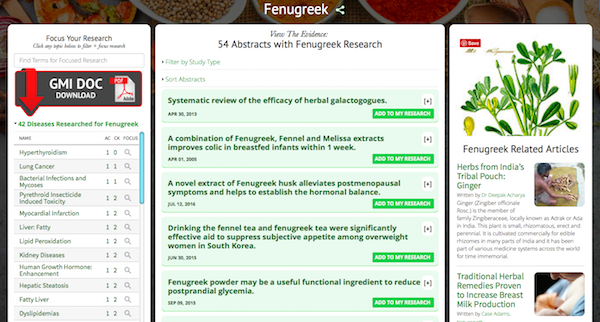