You Call Yourself a Feminist?

Views 1220
Posted on:
Friday, October 17th 2014 at 3:45 pm
Written By:
Heather Green
This article is copyrighted by GreenMedInfo LLC, 2014
Visit our Re-post guidelines 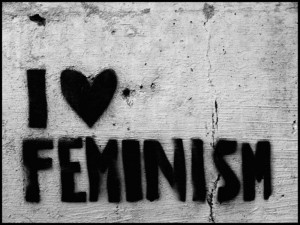 A friend of mine sent me a note in her 6th month of pregnancy the other day, telling me that a conversation about declining the Tdap vaccine ended with her obstetrician saying, "I'm going to fight you on that one." A female doctor said this to a female patient in total disregard for her rights as a patient and as a woman, and it suddenly hit me why this vaccine fight is such a fight:

If you don't support a woman's right to make healthcare decisions for her child, don't call yourself a feminist.

You heard that right: a woman's right. A mother's right. Let's call it like it is because in the vast majority of parenting relationships it's the mother at the helm of the health and wellness ship. Mothers decide what kind of diet a child eats, what supplements they take, and what vaccines they do or don't receive. Perhaps if more fathers were healthcare captains this right to parent as one sees fit wouldn't be debated at all.

45 years after Women's Lib the bulk of the child-rearing division of labor still sits squarely on the shoulders of the mother — even if that mother works outside the home full time. A recent survey showed that 45% of fathers in dual-income families do not contribute to caring for their own children at all on an average day.

Sure there are some hands-on dads, more-involved dads, or single parent dads thrown into the mix, but that's not enough to change the tide of public perception — and going along with whatever Mom decides to do with the kids doesn't count toward that. Mothers are the ones getting together online, asking for information. Mothers are the ones reading parenting books. Mothers are the ones going to doctor appointments. Calling the child-rearing shots has been stigmatized as lowly "woman's work," and for that reason women are publicly disrespected and chastised when they advocate for their children in the face of the CDC vaccination schedule.

How different would the climate of the parental rights arena be if the AAP study that revealed most unvaccinated children are from educated, affluent homes had focused solely on the fathers instead of mothers? Imagine if the study declared, "Unvaccinated children tend to have fathers with graduate degrees who earn more than $75,000 per year. These fathers made it abundantly clear that medical doctors had little-to-no influence over vaccine decisions for their children." What kind of respect would a statement like that command? What would happen to the usual accusations of bowing down at the altar of Jenny McCarthy?

What if every American father was as protective of his daughter at her two-month vaccination appointment as he is 16 years later when a boy shows up at the door for her first date? It would change the derogatory dialogue of the entire vaccination conversation.

Disrespecting a woman's right to make medical decisions for her child is sexual discrimination across the board. If you can't wrap your brain around that then maybe you can wrap it around misogyny, sadism, harassment, misopedia, or just simply being a psychopath. No matter what concept you settle on, the problem lies with you, not her.

As women, we have the right to decline injecting our bodies with attenuated influenza and mercury while we're carrying a child and any other time that we please. We have the right to say no thanks to a triple jab of bacteria, formaldehyde (a known carcinogen), and fetal cow serum in the Tdap vaccine. We have that right when we're pregnant, when our baby is born, and every day after that. We have the right to state our wishes to an obstetrician or midwife without them responding, "I'm going to fight you on that one."

As women, we have the right to decline a shot of aluminum, egg and soybean protein along with 20,000 times the normal dose of vitamin k into our newborn if that's what we so choose. We have the right to a happy and healthy infant who isn't screaming in misery from the inflammation caused by the hepatitis b vaccine given on the second day of life outside the womb. We have the right to protect our babies from vaccine-induced SIDS within hours or days of the 2-month vaccinations. We have the right to do everything in our power to raise a child free of autism, epilepsy, type 1 diabetes, rheumatoid arthritis, ADHD, asthma and allergies, even if that means turning down every single vaccine pushed upon them.

You don't have to stop vaccinating — no one is asking you to do that. You just have to be smart. You have to read the ingredients, all of which are listed on the CDC's website. You have to pull up a few studies on Google Scholar and read what researchers thought about vaccines prior to the recent media blackout. Read vaccine research from outside of America, where pharmaceutical companies aren't allowed to get it on with the government.

You have to be part of the conversation in saying, "I took the time to educate myself beyond government sources and I understand that there are varying points of view as to the safety record of vaccines. As a mother, I support every other mother's right to make healthcare decisions as they feel best for their individual child."

And then you can call yourself a feminist.