Views 10547
Posted on:
Tuesday, July 3rd 2018 at 11:00 am
Written By:
Barbara Loe Fisher, Co-Founder NVIC
This article is copyrighted by GreenMedInfo LLC, 2018
Visit our Re-post guidelines 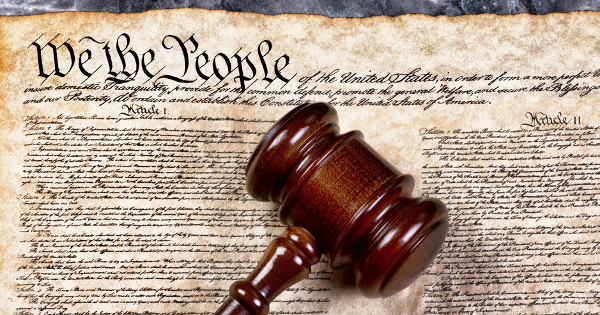 Every July Americans celebrate the day in 1776 when we declared our independence from a monarchy and began to create a Constitutional Democratic Republic to secure liberty and justice for all.1 Today, we are witnessing the erosion of core values that our constitutional democracy was founded upon. One example is a public campaign led by the medical establishment to demonize and discriminate against anyone opposing zero tolerance vaccine laws that violate human rights in the name of public health.2 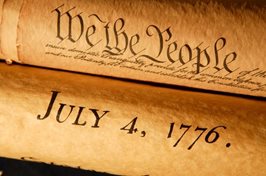 The 1986 National Childhood Vaccine Injury Act was historic acknowledgement by the US government that government licensed and mandated childhood vaccines can and do cause injury and death.3 Four billion dollars in federal compensation has been paid to thousands of vaccine victims over the past three decades.4

The 1905 U.S. Supreme Court ruling in Jacobson v Massachusetts affirmed the authority of states to require healthy citizens to undergo smallpox vaccination during outbreaks of that deadly, high communicable disease. However, the Court also warned that vaccine mandates should not be implemented in a way that is “cruel and inhuman to the last degree.”56

Today, all children in America are being required to get dozens of doses of vaccines,7 whether or not the disease is deadly or high communicable, whether or not there is a disease outbreak, and whether or not a child is biologically at higher risk for being harmed by vaccination.8 9 This is an inconvenient truth that nobody developing, licensing, recommending, administering or voting to mandate a growing list of vaccines wants to talk about. So, as more Americans have become aware of vaccine risks and failures, the government, industry and medical trade have enlisted the cooperation of mainstream media to censor the public conversation.10 11 12

It hasn’t worked. Recent surveys reveal that 20 percent of Americans think vaccines may be unsafe and 45 percent are not sure. There has been almost a 10 percent decline in public confidence in vaccine safety over the past decade.13 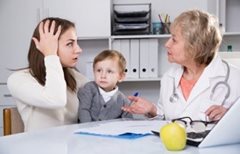 Now the conversation about vaccination has taken an ugly turn.14 Prominent medical doctors and professors at leading universities are publishing articles in academic journals and are being quoted in media reports attacking the intelligence, emotional and psychological stability, and moral values of anyone who dares to question vaccine safety or vaccine laws.15 16 17 18 19

Men and women who become doctors are no more equal than anyone else in society and, yet, they are being given a free pass to track, profile, marginalize, coerce and call for segregation and criminal prosecution of fellow, citizens who disagree with them about vaccination.20 21 22 23 24 25 26 27

A constitutional democracy recognizes that the ultimate source of government authority is consent of the governed and that, although the majority rules, the natural rights of minorities are protected.28 A constitutional democracy highly values the dignity and life of each individual. This core moral value is affirmed by laws that protect privacy, and freedom of thought, conscience and expression, and allow unsanctioned association between individuals without government coercion, which is the legal foundation for a civil and open society built on respect, tolerance and inclusion. 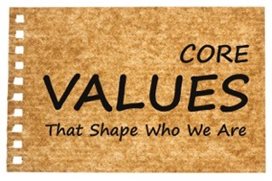 A constitutional democracy promotes fair and equal justice for all. So the authors of the Declaration of Independence rejected rule by an elitist ruling class of citizens who are considered to be more important and qualified to govern without the consent of those being governed.29 The Bill of Rights in the US Constitution makes it clear that respect for the natural rights of individuals limits the power of the state. As Thomas Jefferson put it: “the minority possess their equal rights, which equal laws must protect, and to violate would be oppression.”30

Why, then, are we allowing an elite aristocracy of doctors and professors to bully people who disagree with them about laws that disempower parents and place an unequal vaccine risk burden on vulnerable children in the name of the public health?31

Two Laws in America Require Citizens to Risk Their Lives

There are only two laws that require American citizens to risk their lives. The first is a federal law, the military draft, which requires all healthy male adults to risk their lives in a war declared by the government to protect national security. Adults objecting to a war for religious beliefs or conscience can obtain a conscientious objection exemption without being punished.32 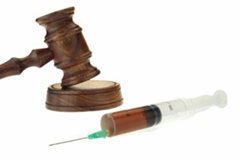 The second is a state law requiring all healthy children to risk their lives in a war that doctors declared on microbes two centuries ago. However, unlike adults who are not punished for following their conscience and refusing to fight in a war to protect national security, parents can be punished for following their conscience and refusing to risk their children’s lives in a war to theoretically protect the public health.3334 State sanctions include segregation and loss of the unvaccinated child’s right to a school education or permitting pediatricians to deny medical care to children if their parents refuse one or more government recommended vaccinations.35

Vaccine Risks Not Being Shared Equally By All

How many Americans understand that when legislators vote for no exceptions vaccine laws like the one adopted in California in 2015,36 they vote to enlist children as soldiers in a war in which vaccine risks are not being shared equally by all?

No two children are alike. Some children are genetically, biologically or environmentally more susceptible to being injured or killed by vaccines without warning.37 38 To sweep this inconvenient truth under the rug so doctors don’t have to think about their moral duty to prevent vaccine injuries and deaths, the Centers for Disease Control and American Academy of Pediatrics have narrowed medical contraindications to vaccination so that now almost no health condition qualifies as a reason to grant a child a medical exemption.39 40

Since Congress gave doctors a broad liability shield in 1987 similar to the one they gave to vaccine manufacturers in 1986 to protect them from most vaccine injury lawsuits,41 doctors no longer have to worry about getting sued for being militant enforcers of vaccine policies and laws that punish children for the genes they were born with and leave too many of them disabled and chronically ill for the rest of their lives.

The medical establishment’s war on microbes, which has no end in sight, has always been conducted like a military campaign. The Commissioned Corps of the U.S. Public Health Service (USPHS) traces its history back to the US Marine Hospital Service, whose doctors had the power to segregate by quarantine and prevent immigrants sick with infectious diseases from disembarking from ships entering U.S. ports.42

Today, doctors employed by the U.S. Public Health Service wear military style uniforms, are expected to follow orders, and are promoted through a rank system similar to that of the U.S. Navy.43 Supervised by a Surgeon General, who is technically a three star Admiral reporting to a four star Assistant Secretary of Health, the US Public Health Service is described as “an elite team of more than 6,700 full time, well trained, highly qualified public health professionals.” These health soldiers, along with other federal and state government health officials, work to maintain the public health.

But there should be limits placed on the authority that public health officials and their physician colleagues exercise in a constitutional democracy. They should not be given unchecked power to order parents to play vaccine roulette with their children’s lives and punish them for refusing to obey the order.44

My father was a decorated World War II veteran, a career Army officer and military historian. History teaches us, he said, that military campaigns should only be used in true emergencies to protect national security because militarization of civilian institutions inevitably leads to an authoritarian government and tyranny. 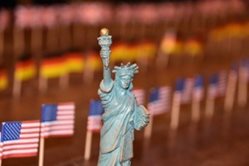 So when I see doctors aggressively lobby for enforcement of zero tolerance, no mercy vaccine laws that fail to respect biodiversity and force parents to risk their children’s lives in a war they cannot refuse to fight without being punished, I remember what he said. I think about how there is no human right more fundamental than the freedom to think rationally and follow our conscience when making a decision about whether or not to risk our life or the life of our child for any reason.

Forced Vaccination Lobby Doubling Down in 2019

The forced vaccination lobby backed by industry and medical trade is already making plans to double down and target multiple states in 2019 for removal of religious and conscientious belief exemptions, while also placing further restrictions on medical exemptions to vaccination.45

Will you stand up and defend vaccine freedom in America?

I hope you will. I hope you will join with the tens of thousands of Americans who are registered users of the NVIC Advocacy Portal, which is an online communications network at NVICAdvocacy.org. We monitor, analyze and report on vaccine legislation pending in every state and make it easy for you to stay electronically connected with your own legislators so you can make your voice heard.

Become a vaccine freedom advocate in your state and stand shoulder to shoulder with other Americans who care about protecting the core moral values and civil liberties defined in the Declaration of Independence and US Constitution.

It’s your health. Your family. Your choice.

12 Caplan A. Revoke the license of any doctor who opposes vaccination. Washington Post Feb. 6, 2015.

13 TVR Staff. Nearly 20 Percent of Americans Think Vaccines May Be Unsafe, 45 Percent Are Not Sure. The Vaccine Reaction June 18, 2018.

19 Fentiman LC. When it comes to vaccines, rich parents get away with child neglect. Washington Post May 10, 2017.

25 Lipinski J. Endangering the Herd: The Case for Suing Parents Who Don’t Vaccinate Their Kids or Criminally Charging Them. Slate Aug. 13, 2013.

39 CDC. Vaccine Recommendations of the ACIP: Contraindications and Precautions. May 9, 2018.

42  DHHS. History of the Commissioned Corps of the U.S. Public Health Service.

45 Scutti S. Opting out of vaccines leaves these US ‘hot spots’ most vulnerable to outbreaks. CNN June 15, 2018.