Combined application of propolis and honey on the open wound healing in rats has a synergistic effect. 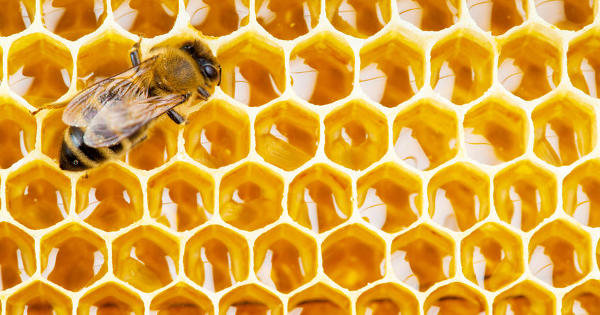 Bee propolis, a kind of "bee glue" or resinous substance used by bees to protect against fungus and seal holes or cracks in the hive, is garnering more attention in the health and wellness community thanks to a growing body of research highlighting its therapeutic benefits.[i],[ii]

Post date:
This article is copyrighted by GreenMedInfo LLC, 2014
Visit our Re-post guidelines

Propolis has been used for thousands of years by ancient Egyptians, Greeks and Romans for its multiple medicinal properties and remarkable safety profile, while science only recently started to rediscover its powerful healing potential. Propolis is collected by honeybees from buds and exudates of conifer trees and plants and is known to contain a variety of chemical compounds with significant antioxidant potential, such as flavonoids and phenolic acids. The composition of propolis in the various compounds depends on the geographic area and therefore the different types of plants from which it is collected from. One of the well-studied compounds of propolis is caffeic acid phenethyl ester, abbreviated as CAPE.

CAPE has great medicinal properties, but its anti-cancer capacity is of particular interest. A study from the "Journal of Radiation Research" shows that just within 2 days after treatment with CAPE, 46% of lung cancer cells had been destroyed and the cancer growth was reduced by 60%. Three days after the treatment 67% of cancer cells were dead. A similar study published in the journal "Anticancer Drugs" in 2006 found that CAPE prevents colon cancer cells from multiplying and induces programmed cell death of the malignant cells without affecting healthy cells. These impressive results have been replicated in more types of cancer cells, such as breast, gastric, skin and pancreas cancer and glioma cells, a type of inoperable brain cancer. The available data show that CAPE can selectively stop the cell cycle and destroy cancer cells, prevent angiogenesis and block cancer growth. Luckily, it is not just CAPE having this impressive ability. The same anti-cancer properties are even more pronounced and superior in propolis as a whole food.

Perhaps the most exciting discovery about the healing effect of propolis and CAPE comes from a recent study published in the journal "Cancer Science and Therapy" in 2014, which shows that treatment with propolis can actually change the expression of DNA. Propolis and CAPE have a dramatic effect on specialized enzymes (called histone deacetylases), which are responsible for regulating the expression of DNA, preventing epigenetic modifications.