Bisphenol S is present in the urine from the United States and seven Asian countriesMay 23, 2012

Thermal receipt paper is a potential source of occupational exposure to BPA, BPS, and BPSIP.Aug 24, 2015

"Bisphenol S, a New Bisphenol Analogue, in Paper Products and Currency Bills and Its Association with Bisphenol A Residues."May 25, 2012

A new chapter in the bisphenol A story: bisphenol S and bisphenol F are not safe alternatives to this compound.Dec 31, 2014

BPS is not amenable to biodegradation and might be persistent and become an ecological burden.Apr 01, 2009

Concentrations and Profiles of Bisphenol A and Other Bisphenol Analogues in Foodstuffs from the United States and their Implications for Human Exposure.Apr 23, 2013

Rapid exposure to low-dose BPS showed proarrhythmic impact on female rat hearts; these effects at the organ, cellular, and molecular levels are remarkably similar to those reported for BPA.May 31, 2015

"Weak estrogenic transcriptional activities of Bisphenol A and Bisphenol S."Aug 01, 2012

Bisphenol S has been shown to have estrogenic activity - Article 2. Sep 01, 2000

Both BPA and BPS could be involved in obesity and steatosis processes, but through two different metabolic pathways.Oct 14, 2014 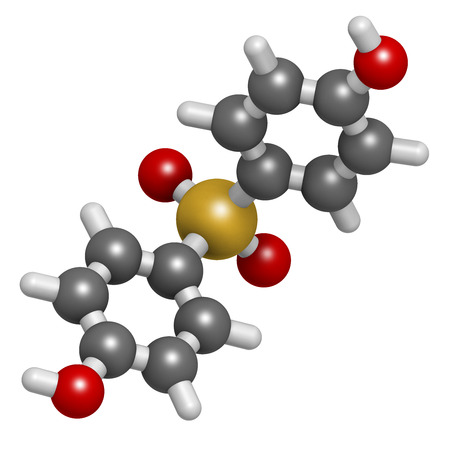 5 Surprisingly Simple Ways to Detoxify
Written by Sayer Ji, Founder
Given what we are now exposed to through our food, air, and water, detoxification has become a modern-day necessity. Without the daily activation of ancient, effective physiological pathways designed to remove environmental toxins, we are bound to get sick. So, what are some simple, effective ways we rid our body of its daily toxic burden?

Research: Bisphenol A (BPA) Causes 100x More Harm Than Previously Imagined
Written by Sayer Ji, Founder
A new study reveals just how profoundly misled we are about Bisphenol A and its analogs: they are at least 100x more toxic than we previously imagined.

Chemical Deception: Multiple Forms of Hormone-Disrupting Bisphenol Found In US Food Supply
Written by Sayer Ji, Founder
You know about the dangers of Bisphenol A (BPA), and hopefully Bisphenol S (BPS), but did you know that there are at least 8 toxic bisphenols in our food supply, with 75% of food samples from the US tested showing significant levels of these ubiquitous poisons?

Corporations Replace BPA with More DNA-Damaging Bisphenols
Written by Sayer Ji, Founder
Just when you thought it was safe to buy "BPA-free" products, manufacturers flood the marketplace with an alphabet soup of toxic bisphenols.

What Food Manufacturers Don’t Want You To Know: The Pantry Principle
Written by Helayne Waldman
Packaged food eaters beware: here's a hint of just a scant few of the items that lurk beneath the label in your packaged food products. And for those who are trying to get your friends and family off of packaged foods and on to a whole foods lifestyle, here's some more ammunition!

Dental Composites for Kids: Even Worse Than Mercury Amalgam?
Written by Sayer Ji, Founder
New concern has been raised over the toxicity of dental composites, which have long been promoted as overall safer than mercury-based amalgams, to children’s psychosocial functioning. In fact, new research indicates that bisphenol-A based dental restorations may be more neurotoxic than the mercury ones they were designed to replace, resulting in even greater learning impairment and behavioral issues.