A statin drug exhibits toxicity in the animal model. May 01, 1994

High lovastatin doses combined with hypercholesterolemic diet induce liver damage and are lethal to the mouse.Jan 01, 1999 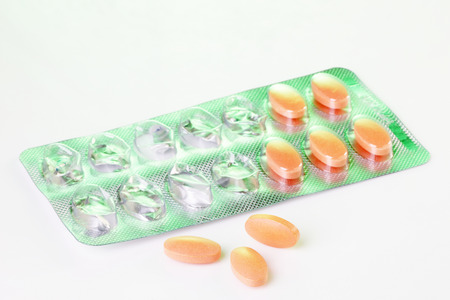 Statins Provide No Benefit: Study of 4 Million People
Written by Heidi Stevenson
Aside from demonstrating that statins provide no benefit to most people, this study also demonstrates that the so-called gold standard, randomized double blinded placebo controlled, study is a farce. Add to that, though, the fact that statins have severe and deadly adverse effects, it's apparent that these drugs are doing great harm while providing no benefit.

New Documentary Exposes the Over-Prescription of Statins
Written by Justin Smith
An estimated 40 million people take a statin to lower their cholesterol levels. These are one of the most widely prescribed medications in history and, of course, one of the most profitable.

A New Greek Name for Statin Toxicity: Polymyalgia Rheumatica
Written by Sayer Ji, Founder
Over 30 billion dollars worth of this drug is sold annually and yet it may be benefiting no one. In fact, there are over 300 adverse effects associated with its use, not the least of which is the weakening of the heart muscle. In order to cover-up the symptoms of statin-induced muscle damage new "diseases" have been coined, including polymyalgia rheumatica.

Statin Drugs Linked to Arthritis, Heart Trouble and More
Written by Sayer Ji, Founder
Research revealing the broad spectrum toxicity of statin drugs continues to accumulate unabated. Adding to a growing body of clinical evidence that they may cause over 300 adverse health effects, a new study reveals that these cholesterol-lowering drugs may be contributing to an epidemic of arthritis and autoimmunity in exposed populations, as well.

How LOW Cholesterol Can Harm Your Health
Written by Sayer Ji, Founder
You've heard for decades about the dangers of high cholesterol, but did you know that LOW cholesterol can lead to violence towards self and other, and has been linked to premature aging, death and other adverse health effects?

The New Statin Guidelines: Rolling The Cardiac Dice
Written by Helayne Waldman
The American Heart Association and College of Cardiology have just removed the spots from the dice used to determine your cardiovascular disease risk.

Study: An Apple A Day Beats Statins For Heart Benefits
Written by Margie King, Health Coach
Once again science has proven that the best health prescription is an apple a day. Researchers say eating one apple every day matches the heart benefits of modern statin drugs without the harmful side effects.

Statins Raise Diabetes Risk by 48% for Postmenopausal Women
Written by Margie King, Health Coach
More and more women are being prescribed cholesterol-lowering statins and some doctors are even recommending the drugs be added to the water supply or dispensed at the McDonald’s drive-thru windows. However, postmenopausal women using statins may be increasing their risk of diabetes according to a study published by the Archives of Internal Medicine.

Long Term Cholesterol Drug Use Doubles Risk of Breast Cancer
Written by Sayer Ji, Founder
A new study published in the journal Cancer Epidemiology, Biomarkers & Prevention indicates that women who are long-term users of statin drugs have between 83-143% increased risk of breast cancer.