Alcohol consumption is associated with an increased risk of HPV infection and persistence in this study.Dec 31, 2013

An Italian study found that 61% of women experienced an adverse event after the administration of the first dose of HPV vaccine.May 31, 2013

Antibody titers for all HPV strains were significantly higher among those with lower vitamin D levels and among younger participants.Jul 14, 2015

Association between hormonal contraception and injuries induced by human papillomavirus in the uterine cervix.Mar 31, 2018

Cryotherapy is a method with a high success rate in healing of genital warts.Aug 31, 2019

Folate and vitamin B12 may play a critical role in lowering the HPV 16 methylation-associated risk of developing higher grades of CIN.Oct 31, 2014

High serum TNF-α was associated with a reduced clearance of oral HPV infection in men.Apr 07, 2016

Higher concentrations of trans- and cis-lycopene may reduce the time to clearance of an oncogenic HPV infection.May 01, 2003

Higher serum concentrations of folate and vitamin B12 are significantly less likely to be infected with carcinogenic or high-risk (HR) types of human papillomaviruses (HPVs).Jan 01, 2010

HPV vaccination does not have a therapeutic effect in young women with pre-existing human papillomavirus infection. Aug 15, 2007

Hypnosis has therapeutic value in the treatment of human papillomavirus in women. Jan 01, 2010

Propolis, aloe and a Vitamin B complex in combination with interferon is an effective, atraumatic and simple non-surgical treatment of HPV infection. Nov 01, 2006

Sandalwood oil appears to be effective in the painless treatment of cutaneous warts caused by human papillomavirus.Dec 31, 2017

Serum levels of tocopherols may be protective against nononcogenic HPV persistence. Feb 01, 2007

Smoking status and parity may influence the likelihood of disease regression in high risk HPV-positive cervical intra-epithelial neoplasia grade 2.May 09, 2019

Tea tree may offer a safe and effective treatment option for common warts due to the human papilloma virus.Nov 01, 2008

The present study hypothesizes that there may be a continuous shift in the prevalence of HPV types as a result of vaccination.Jun 30, 2016

This study shows the feasibility of treating chronic HPV lesions with acupuncture.May 31, 2017

This study suggests a synergic effect of oral contraceptive use, GSTP1 polymorphisms, and HR-HPV infection in the development of cervical lesions.Aug 16, 2017

This summary of clinical trials suggest the quadrivalent HPV vaccine is well-tolerated, but it is authored by an employee responsible for implementing HPV vaccine programs at Merck & Co., Inc. Thus, there is a blatant conflict of interest.Sep 01, 2015

Women treated with the ellagic acid complex were less likely to be diagnosed with an abnormal Pap smear at 6 months.Feb 28, 2017

The successful results obtained in this case study confirm the beneficial properties of green tea extract and curcumin against human papillomavirus.Apr 30, 2018

Altered antigenicity and immunogenicity of human papillomavirus virus-like particles in the presence of thimerosal.May 29, 2019

Carrageenan is a potent inhibitor of papillomavirus infection.Jul 01, 2006

COX2 expression in HPV16-induced lesions may be modulated by nutraceuticals.Dec 31, 2017

Curcumin, resveratrol, and EGCG, repolarizes tumor-associated macrophages and triggers an immune response to cause suppression of HPV+ tumors.Feb 15, 2018

These data suggest that vegetable consumption and circulating cis-lycopene may be protective against HPV persistence.Sep 01, 2002

These preliminary results support the hypothesis that O3 therapy is effective against papillomavirus-induced lesions.Jul 31, 2018

A review of curcumin as a multifaceted compound against human papilloma virus infection and cervical cancersNov 28, 2016

Anti-viral potential of garlic and it's organosulfur compounds.Aug 18, 2020

Artemisinin induces antiproliferative and proapoptotic effects in HPV-39-infected ME-180 cells.Aug 31, 2015

Bee venom inhibits the proliferation and migration of cervical-cancer cells.Apr 21, 2020

Curcumin and Ellagic acid show anti-HPV activity as evidenced by decrease in the HPV E6 oncoprotein on HeLa cells. Jun 30, 2016

EGCG may be considered a novel anti-cervical cancer drug in the future.Feb 28, 2019

Gallic acid could be a potential candidate for the development of anti-HPV agents.Jun 08, 2015

Lactobacilli culture supernatants can decrease expression of ATG14 and BECN1 as well as the HPV E6 oncogene.Dec 31, 2015

Lactoferrin is a potent inhibitor of Human Papillomavirus entry.Oct 01, 2004

Natural polyphenols have potential in the prevention of sexually transmitted viral infections.Nov 03, 2015

Pathogenic role of exosomes and microRNAs in HPV-mediated inflammation and cervical cancer.Jan 14, 2020

The vaginal microbiota appears to play a role in the acquisition and persistence of HPVOct 31, 2016

These natural inhibitors have been shown to block HPV infection and inhibition of HPV oncoproteins. May 31, 2015

This study highlights that apigenin may be employed as a promising chemopreventive agent against cancers in smokers with an HPV infection.Nov 03, 2020 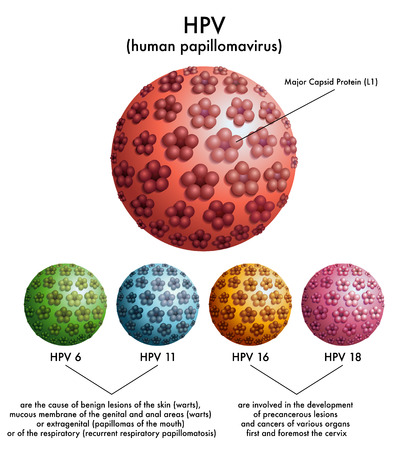 Garda$ell: Snake Oil With A Bite
Written by Jamie Deckoff-Jones, MD
Gardasil (HPV vaccine) has never been proven to prevent a single case of cervical cancer, but as the most profitable vaccine ever created it is increasingly being mandated despite having an atrocious safety record.

Bill Gates’ Philanthropy: 30,000 Indian Girls Used as 'Guinea Pigs' to Test HPV Vaccine
Written by GMI Reporter
What amounts to a mass experiment on children is being hailed as "philanthropy" as India allows thousands to be vaccinated by an organization with financial ties to the Gates Foundation.

NIH: Marketing HPV vaccines via censorship?
Written by Norma Erickson
We cannot have an honest discussion about vaccinations if the discussion is censored.

Scientists Explain Why HPV Vaccines Are Unsafe
Written by Heidi Stevenson
There is no evidence that Gardasil or Cervarix can prevent cancer better than a decent screening program. There is strong evidence that they can produce severe and life-threatening harm. This report by 4 scientists documents how science has been corrupted & misused to promote these life-devastating vaccines.

The HPV Vaccine Debate: Don't Ask, Don't Tell
Written by Sayer Ji, Founder
Katie Couric opened up a Pandora's box of sorts simply by airing testimony about the HPV vaccine's lack of effectiveness and safety, but shouldn't she be commended for asking questions the mainstream media is afraid to touch?

New Nordic Cochrane Centre Complaint Destroying HPV 'Safe and Effective' Narrative
Written by Jefferey Jaxen
Piece by piece the foundation and historical legacy of the Human Papilloma Virus (HPV) vaccine is fast approaching the reality anticipated by former pharmaceutical industry physician with Gardasil manufacturers Merck when he stated in 2014, “I predict that Gardasil will become the greatest medical scandal of all times…”

Study Reveals "Unavoidable" Danger of HPV Vaccines
Written by Sayer Ji, Founder
HPV vaccines are declared the world over as safe and effective, and yet research clearly shows their unintended adverse health effects could be causing severe and widespread harm in exposed populations.

BREAKING NEWS: US-Based Agency PATH Violated Law During HPV Vaccine Trials in India
Written by Christina England, BA Hons
A groundbreaking new Indian House panel report confirms the US NGO, PATH, and the Indian organization, ICMR, violated the law while conducting and promoting the commercial interests of clinical trials for HPV vaccines, which were linked to the deaths of several young Indian girls.

What If HPV Does Not Cause Cervical Cancer?
Written by Norma Erickson
If a recent "Molecular Cytogenetics" findings are true, then a vaccine against HPV is not only dangerous for some, but completely useless as well.

Herbal Cream Clears 87.7% of HPV Cases Naturally
Written by Sayer Ji, Founder
Despite the widespread belief that HPV infection is a lethal force against which we only have vaccination to defend ourselves, both ancient herbal medicine and your body's inherent immune defenses have newly been confirmed to have significant power against it.

Breaking Report: HPV Cancers Rising In Spite of Vaccination
Written by Sayer Ji, Founder
A new study by the National Cancer Institute (NCI) reveals that, despite increasing uptake of human papillomavirus (HVP) vaccines, cancers caused by HPV rose in the past decade.

HPV Vaccines: Resounding Success or Future Failure?
Written by Norma Erickson
Are HPV vaccines a viable option in your personal war against cancer? It is very difficult to make an informed choice about Gardasil or Cervarix when you receive only part of the available information. The time has come to take a critical look at the facts behind recent HPV vaccine news reports.

FDA approved Gardasil 9: Malfeasance or Stupidity?
Written by Norma Erickson
The FDA's approval of the new Gardasil vaccine, containing double the aluminum of the previous one, represents a heinous violation of the public interest.

The Hidden Connection Behind Viruses, Vaccines and Cancer
Written by T P
One of the primary pro-vaccine arguments is that vaccines can prevent cancer by preventing viral infections. But do viruses truly cause cancer and, if so, could the vaccines, rather than being preventative, be the cause?

The New Gardasil: Is It Right For Your Daughter?
Written by Kelly Brogan, M.D.
Big Pharma sells Gardasil based on fear of cervical cancer. But do the benefits outweigh the costs? Inform yourself, find your compass, so that you can be one less woman, wishing she had only known more.

Cannabis Treats HPV Vaccine Side Effects, Study Suggests
Written by GreenMedInfo Research Group
The harms caused by human papillomavirus (HPV) vaccination can be complex, severe, and exceedingly difficult to treat. However, a promising new study shows there is hope for those whom conventional medicine has failed.