"Short-term study on the effects of rosemary on cognitive function in an elderly population."Dec 31, 2011

Acupressure appears to improve memory as a non-pharmacological intervention for traumatic brain injury.Oct 27, 2010

Chlorogenic acids may improve attentional, executive, and memory functions in the elderly with complaints of subjective memory loss.Dec 31, 2017

Memory deficits occur in breast cancer patients who receive either chemotherapy or tamoxifen.Sep 01, 2011

Statin-associated adverse cognitive effects have been reported with 90% resolving after drug discontinuation. Jul 01, 2009

The aroma of peppermint enhances memory and increases alertness in human subjects. Jan 01, 2006

Simvastatin-induced decline in cognition has been reported. Oct 01, 2006

Administration of Vitamin C, Vitamin B12, omega 3, or their combination prior to the lead exposure inhibits the lead induced cognitive loss.Sep 30, 2016

An extract of Bacopa monnieri restored the memory in CoCl2-hypoxia mimetic mice.Dec 31, 2014

EGCG has the potential to ameliorate high fat and high fructose diet-triggered learning and memory loss.Jul 23, 2017

Ginkgo biloba treatment might increase the survival of cortical neurons.Jul 12, 2016

Huperzine A ameliorates the impaired memory of the aged rat. Jan 01, 2000

L-Theanine appears to improve cognitive function in mice. May 01, 2008

Schizandrin, a compound found within the fruit of Schisandra, reverses memory impairment in rats. Jan 01, 2008

The ayurvedic formulation chyawanprash has anti-amnesic activity in mice. Jan 01, 2011

This study provides the evidence for the mechanism underlying role of the Bacopa monnieri extract (CDRI-08) in restoring spatial memory in amnesic miceDec 31, 2014 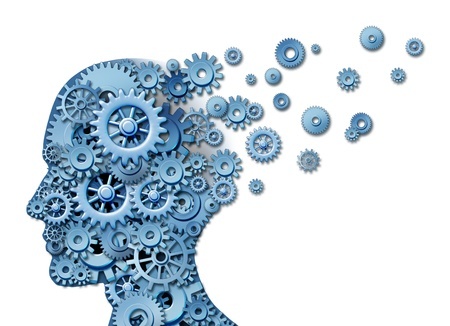 Research: Foods/Spices Slow, Perhaps Reverse Alzheimer's
Written by Sayer Ji, Founder
Did you know that so-called “incurable” neurodegenerative conditions such as Alzheimer’s disease can be slowed, if not also partially reversed?

7 Things Every Health Practitioner Needs to Know About EMFs
Written by Nicolas Pineault
Despite the increasing reports of people who report feeling symptoms of “electro-sensitivity” from cell phones, wifi routers, Bluetooth devices and other sources of microwave radiation, mainstream medicine continues to bury its head in the sand and ignore the issue

Boost Brain Function and Blood Flow With This 'Fruit' Extract
Written by Sayer Ji, Founder
Memory problems are rampant, especially among the middle-aged and older populations. So what if you could boost your memory and satisfy a sweet tooth at the very same time? New research proves that you can free two birds with one hand by consuming the juice of this fabulous fruit...

Study Finds "Some of the Highest Values for Aluminium in Human Brain Tissue Yet Recorded" in Brains of Autistic Patients
Written by Celeste McGovern
A 15-year-old autistic boy had one tissue sample with levels of aluminum 22 times higher than those found in healthy individuals. Researchers suggest that childhood vaccines are a potential source of the toxic metal

A Killer Enterprise: How One of Big Pharma's Most Corrupt Companies Plans to Corner the COVID-19 Cure Market
Written by The Last American Vagabond
ONE OF THE MOST POLITICALLY-CONNECTED YET SCANDAL RIDDEN VACCINE COMPANIES IN THE UNITED STATES, WITH TROUBLING TIES TO THE 2001 ANTHRAX ATTACKS AND OPIOID CRISIS, IS SET TO PROFIT HANDSOMELY FROM THE CURRENT CORONAVIRUS CRISIS

Alpha-Lipoic Acid Improves Multiple Sclerosis
Written by Dr. Michael Murray
Many times there are extremely positive preliminary results with a natural product improving very serious health condition and there are no follow up studies. In 2005, a clinical trial indicated that a common dietary supplement can produce meaningful improvements in multiple sclerosis. Since this initial study there has been considerable additional studies that also demonstrate dietary supplementation with this compound is capable of making a positive clinical impact

Can You Really Be Allergic to Wifi and Cell Phones?
Written by Nicolas Pineault
Along with the incredibly fast increase in our use of wireless technologies, the number of people who claim getting health symptoms from exposure to wifi, cell phones or other sources of electromagnetic fields (EMFs) is on the rise

Is the Mediterranean Diet the Best Diet on the Planet?
Written by Steven Masley MD, FAHA, FACN, CNS
The Mediterranean Diet has been rated as the healthiest diet on the planet three years in a row, and as the meals are simple to prepare and truly delicious, it has also been ranked as the easiest diet to follow long term
One Serving of Greens Daily Slows Brain Aging by Over a Decade
Written by Dr. Michael Murray
Is memory loss and decreased brain power inevitable as we age? Many people in their 40s, 50s and beyond are told that it is and there is nothing that can be done about it. Is that true? Of course not

From Vaccines to Statins: A Reply to Fake News in JAMA Cardiology
Written by Dr. David Brownstein
'Fake news' permeates the not just the political landscape, but the medical landscape as well

'Rosemary Is For Remembrance' ~ Science Confirms Wisdom of the Ancients
Written by Sayer Ji, Founder
The ancients knew rosemary as a memory booster among other things, but only now is science catching up with, remembering and confirming their ancient healing wisdom.