The use of clay as a therapeutic method by psychiatric patients promoted creativity, self-consciousness, and benefited those who sought anxiety relief.Dec 31, 2013

Art therapy in psychosocial rehabilitation of patients with mental disorders.Jun 30, 2012

Meditation and endocrine health and wellbeing.Feb 05, 2020 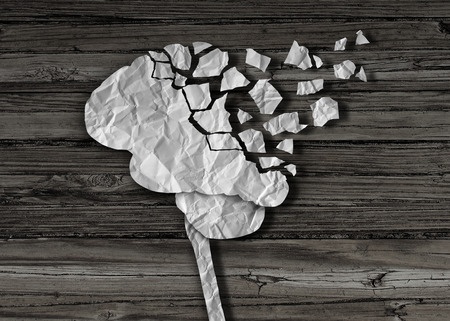 Genetically Modified Children (FREE VIEWING - LIMITED TIME)
Written by Stephanie Seneff
There is a growing awareness that glyphosate is much more toxic than we have been led to believe, and I am confident that in time it will be banned worldwide, just like DDT

Fear Is The Sickness
Written by Kelly Brogan, M.D.
Have we gotten it all wrong? When we can move beyond fear into curiosity, we find that illness is the body’s wisdom playing out in its own highly designed and incredibly personal way

Cannabis Cuts OCD Symptoms in Half
Written by GreenMedInfo Research Group
In research from Washington State University, cannabis led to reductions in compulsions by 60% and anxiety by 52%, with higher doses and greater CBD concentrations associated with greater benefits for obsessive-compulsive disorder

FDA Adds Black Boxed Warning to Insomnia Drugs
Written by Dr. Michael Murray
In an "it's about time" move, the US FDA has mandated that drug companies put what is referred to as a “black boxed” warning on certain prescription sleeping pills

Could Probiotics Be the Potent Antidepressant You've Been Looking For?
Written by GreenMedInfo Research Group
It has long been established that gut bacteria are largely connected to immune function and metabolic health. However, researchers have only scratched the surface when it comes to their role in thinking, boosting overall mood, and addressing depression and other mental health conditions. A trio of studies confirms the favorable action of probiotics in tackling the growing problem of depression and anxiety disorders

Natural Solutions for The Double Burden of Depression & Anxiety
Written by Linda Woolven & Ted Snider
Alarmingly, about 85% of people with depression also experience some anxiety; about 90% of people with anxiety suffer some depression

The Many Bureaucracies of Modern Medicine
Written by Tracy Kolenchuk
Modern medicine, conventional medicine, allopathic medicine has many names, but little science. What should it be called? Bureaucratic Medicine

Magic Mushroom Ingredient May Improve Mental Health
Written by GreenMedInfo Research Group
Are you looking to support positive mental health without using pharmaceuticals? Psilocybin may be gaining mainstream acceptance by providing a safe "trip" out of desolation and into a more open, positive state of mind

Single Dose of CBD Resets Schizophrenic Brains
Written by GreenMedInfo Research Group
Treatments for sufferers of schizophrenia have not advanced significantly in the last fifty years. But there is new cause for hope in the form of a plant-based treatment that can reset the brains of psychosis sufferers back to normal levels in a single dose

Short Bursts of Exercise Slow Cognitive Decline
Written by GreenMedInfo Research Group
Want to keep your brain sharp as you age? Exercising for as little as 10 minutes a few times per week can help stop mental decline in its tracks

Covid-19: Phase 1 of the "Permanent Crisis"?
Written by The Centre for Research on Globalization
Ruling class elites are using a public health crisis to wage a full-scale war on the American people and their system of representative government

Natural Help for OCD
Written by Linda Woolven & Ted Snider
Obsessive-compulsive disorder (OCD) is often treated with drugs that are ineffective and unsafe. Natural treatments, from saffron and milk thistle to B vitamins and electroacupuncture, have shown promise for improving symptoms

Bergamot Improves Schizophrenic Brain Function
Written by GreenMedInfo Research Group
Bergamot oranges are bitter fruits that grow in one of the world’s most beautiful coastal regions. Could the scenic ocean vistas be responsible for the calm, relaxing effects we derive from smelling and ingesting the bright, citrus essence of this amazing fruit?

Exercise 'Fundamental' for Healing of Mental Illness
Written by GreenMedInfo Research Group
Thinking about skipping your workout because of a flat mood? If you're upset, depressed or anxious, a recent study indicates that's when you need exercise the most. It's so effective for mental health, it may even speed healing for psychiatric patients

Stress, Trauma, and Autoimmune Disease: It's Not All in Your Head
Written by Ali Le Vere, B.S., B.S. - Senior Researcher-GreenMedInfo
Conventional allopathic medicine can no longer ignore that the body and mind are inextricably intertwined. Research reveals the mosaic of autoimmune diseases linked to stress and natural solutions to restore immune homeostasis

Will You Obey the Criminal Authoritarians?
Written by Dr. Joseph Mercola
It is vital to understand that the vast majority of information you are exposed to in mainstream media is carefully designed propaganda crafted from nearly two decades of stolen personal data collected from you