"The design and reporting of safety outcomes in MMR vaccine studies, both pre- and post-marketing, are largely inadequate. "Dec 31, 2011

Chronic rubella viremia has been detected in peripheral blood mononuclear cell (MNC) populations in five of the six women up to six years after vaccination.Aug 31, 1985

Congenital malformation is a possible consequence of rubella vaccination during pregnancy.Sep 25, 1981

Difficulties in eliminating measles and controlling rubella and mumps in a 99% measles vaccine compliant population. Dec 31, 2013

In one study on rubella vaccination in 19 pregnant women, 9 aborted, 8 induced and 1 spontaneously.Jan 01, 1975

Measles, mumps, and rubella catch up immunisation in a measles epidemic did not appear to confer protection and was associated with a variety of new side effects of the vaccine.Jun 23, 1995

Several investigators have shown that the presence of anti-rubella antibody is not sufficient to eliminate rubella virus.Nov 09, 2015

This case study describes a recently vaccinated child who developed a vaccine-strain measles infection. The author indicates the need for virus detection as opposed to antibody screening to differentiate between infection caused by vaccines and wild-type.Sep 02, 2010

During the first five years of rubella immunizations in adults concerns emerged about the possibility that the vaccines do harm to the fetus in pregnant women.Feb 15, 1976 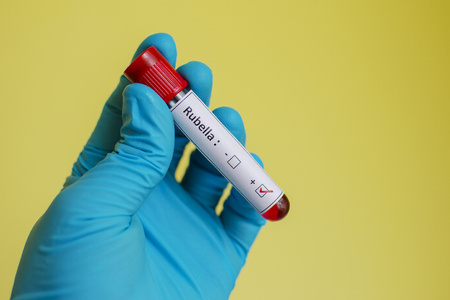 From Vaccines to Statins: A Reply to Fake News in JAMA Cardiology
Written by Dr. David Brownstein
'Fake news' permeates the not just the political landscape, but the medical landscape as well

Vaccines Don't Work: Malignant Mumps In MMR Vaccinated Children
Written by Sayer Ji, Founder
A new study finds highly malignant mumps infections in those successfully vaccinated against the virus, revealing how the pro-vaccine movement is beginning to fall on the sword of the scientific evidence itself...

The Homeopathic Answer to Mumps
Written by Larry Malerba, DO
It is becoming increasingly clear that the MMR (measles, mumps, rubella) vaccine is failing to live up to its alleged preventative benefits

A Scientist's Rebuttal to the Danish Cohort Study 'Disproving MMR Causes Autism'
Written by GMI Reporter
The recent study dismissing the link between the MMR vaccine and autism suffers from 8 fundamental research flaws, which should be casting doubt over the accuracy of the report

Self-Interested Whims of the Oligarchs: Google and Facebook Kill Access to Alternative and Integrative Medicine
Written by John Weeks
The powers that be are doing all they can to censor as many dissenting voices as they can on social media

If Vaccines Injure Pregnant Women or Their Unborn Babies, What Will the Vaccine Court Do?
Written by GMI Reporter
National Vaccine Injury Compensation Program: Adding the Category of Vaccines Recommended for Pregnant Women to the Vaccine Injury Table
Japanese Government Continues to Ban the MMR Vaccine
Written by Missy Fluegge
The Japanese are regarded as some of the healthiest, longest living people on Earth. Is it a coincidence they also happen to be cautious regarding vaccines?

Why do Researchers Continue to Promote Vaccines After Discovering a Correlation Between Vaccinations and Mental Illness
Written by Christina England, BA Hons
Over the years, a growing number of professionals have questioned whether or not childhood vaccinations could be responsible for the number of children being diagnosed with mental illness

Dentists in Oregon are Vaccinators Now
Written by GMI Reporter
Governor Kate Brown of Oregon signed House Bill 2220 on May 6, 2019 which will allow dentists in that state to administer vaccinations

WaPo Says Anti-Vaxxers are Dangerous Should be Arrested
Written by Dr. Jeffrey Dach, MD
Pro Vaccine Industry Propaganda has reached a new extreme which threatens to label the unvaccinated as criminals to be arrested and sent to prison

"Breakthrough Cases" of COVID-19 Emerging Among Fully Vaccinated Americans
Written by National Vaccine Information Center
Why have there been 5,800 confirmed cases of COVID-19 in fully vaccinated persons occurring more than two weeks after vaccination and resulting in almost 400 hospitalizations and 74 deaths?

CDC Blocks Testimony by Vaccine Whistleblower in Medical Malpractice Case
Written by Robert F. Kennedy, Jr.
The voices behind the victims of vaccine injury are becoming harder and harder for the establishment to ignore as the evidence mounts ever higher.

Did Google's Manipulation Sway Vaccine Legislation?
Written by Jefferey Jaxen
Google's practices drive much of the Internet experience for most consumers by determining what they view - or rather, what they are allowed to view

The Psychology of Blame: A Health Freedom Lawyer’s Message From the Front Lines
Written by Greg Glaser
As natural and indigenous people, we enjoy immediate health benefits by desiring less technology in our lives, choosing instead to be happy with our unlimited imaginations and the natural biology

Glyphosate Found in Childhood Vaccines
Written by GMI Reporter
The ever-present narrative that vaccines are perfectly safe is falling apart after testing shows that many childhood vaccines contain the dangerous known carcinogen glyphosate.