Fragment retainment and related scarring was significantly increased in veterans exposed to high levels of DU.Apr 30, 2015

More than 5 metric tons of depleted uranium was deposited as microscopic DU oxide particles on the plant site and surrounding residential community.Sep 30, 2016

When exposure to aerosol has been unambiguous and in sufficient quantity, urinary excretion of DU can be detected more than 20 years.Jan 31, 2008

This study found that the Uranium residence half-life in the skeleton was significantly greater than the half-time proposed by ICRP.Aug 31, 2015

Cell proliferation and cell death are disturbed during prenatal and postnatal brain development after uranium exposure.Dec 31, 2015

Exposure to depleted uranium during gestation and lactation affects brain development in embryos, fetuses and neonates.Nov 30, 2016

Gallic acid enhances detoxification in the chelation of uranium in mice. Mar 01, 1989

Ginkgo biloba has a protective effect against uranium-induced liver and kidney damage in mice.Feb 01, 2010

High-dose sodium bicarbonate resulted in a significant increase in urinary uranium excretion in the first 24 h and a reduction of uranium deposition in the kidneys and femurs of rats. Mar 31, 2015

These data reveal the extreme sensitivity of zebrafish embryos to depleted uranium transmitted through the oocyte by exposed females.Feb 28, 2017

Uranium nitrate is renotoxic and dramatically alters the expression of more than 200 genes in the rat kidney. Nov 01, 2004

Depleted uranium may be responsible for the recent upsurge of malignancies in populations exposed to war dust.May 01, 2012

Despite the relatively low specific activity of depleted uranium as a radiogenic substance, it is capable of inducing cancer at exceedingly small concentrations. Jan 01, 2002

Inositol hexaphosphate (phytate) may be an effective chelating agent for uranium. Aug 01, 2009

There is natural radioactivity and heavy metals in crude oils that may pose a health risk. Feb 01, 2009

Uranium and Radium is found in a broad range of foods in Iran in significant quantities. Jan 01, 2006

Uranyl ions are highly genotoxic and their genotoxicity are enhanced by heat and gamma-irradiation. May 01, 2005 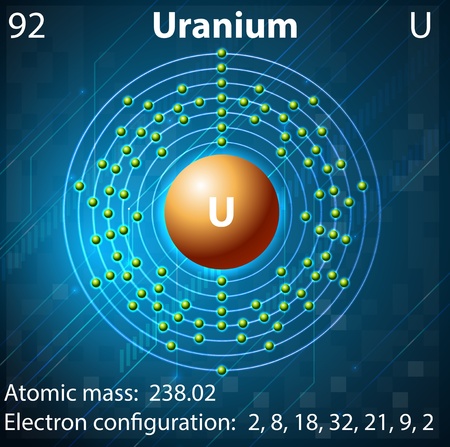 Uranium Contaminates Drinking Water - Sodium Bicarbonate Clears the Kidneys and Soil of Uranium
Written by Dr. Mark Sircus
Uranium contamination and exposure is increasingly becoming a problem in the modern world. Could something as simple as baking sodium protect against its destructive properties?

Radiation, The Other Toxin
Written by Capt. Randall
Few things strike fear into the hearts of men like the invisible terror of nuclear radiation. While the mention of a mushroom cloud sealed the sales pitch to invade Iraq a decade ago, today the subject of radiations whether from electromagnetic fields like cell phones, medical equipment, depleted uranium weaponry or Fukushima ( the elephant in the room ) has oddly been removed from mainstream conversation.

Uranium, the basis for the entire nuclear energy and military weapons cycles, while not itself highly radiotoxic, has been shown to amplify the genotoxicity of background gamma radiation by 500,000 times the normal rate when absorbed into the DNA of the body (See Dr. Chris Busby Video https://youtu.be/FfNyZ9Kryb8).

With a half-life of 4.6 BILLION years, it is time we start learning more about the nuclear industry and why nothing could be more insane than driving steam-powered turbines with it for energy, or blasting the "enemy" into bits with it (e.g.... depleted uranium munitions), when it blows back globally to poison the aggressors and their progeny for eternity.

Also, do yourselves a favor and bookmark this document: 2010 Recommendations of the European Committe on Radiation Risk: The Health Effeccts of Exposure To Low Dose Ionizing Radiation https://www.euradcom.org/2011/ecrr2010.pdf This explains how a revolution in science has occurred, explaining how present concepts of radiotoxicity assumed by all world governments, all mainstream medical and media outlets, minimizes the true radiation risks associated with internal emitters (inhalation or ingestion of radioisotopes) by up to 1000 FOLD.