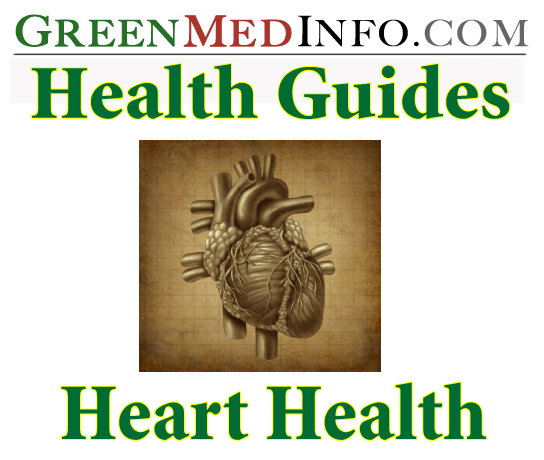 The Heart Health Guide collates research and information relevant to heart health. It is designed to provide our users with the first-hand research on conventional medical interventions and possible natural alternatives, without which an informed choice is not possible.

Lactobacillus kefiranofaciens: from isolation and taxonomy to probiotic properties and applications.

How to Clean Your Arteries With One Simple Fruit
Written by Sayer Ji, Founder
The future of cardiovascular disease prevention and treatment will not be found in your medicine cabinet, rather in your kitchen cupboard or in your back yard growing on a tree...
Why 80% of Us Are Deficient In Magnesium
Written by Dr. Mark Sircus
Magnesium deficiency is often misdiagnosed because it does not show up in blood tests - only 1% of the body's magnesium is stored in the blood

Stoned to Death: Calcium Supplements Proven to Kill Again
Written by Sayer Ji, Founder
New research published this week in the journal Heart has confirmed the findings of two controversial studies on calcium supplementation and heart attack risk published in the British Medical Journal last year, and which found a 24-27% increased risk of heart attack for those who took 500 mg of elemental calcium a day

Turmeric's Cardiovascular Benefits Found to be as Powerful as Exercise
Written by Sayer Ji, Founder
Nothing can replace exercise, but turmeric extract does a pretty good job of producing some of the same cardiovascular health benefits, most notably in women undergoing age-associated adverse changes in arterial health

How Stress, Magnesium and Disease Are Linked
Written by Dr. Mark Sircus
In the Age of Toxicity one of the most common deficiencies and most life-threatening is magnesium. The good news is that it is easy to remedy...